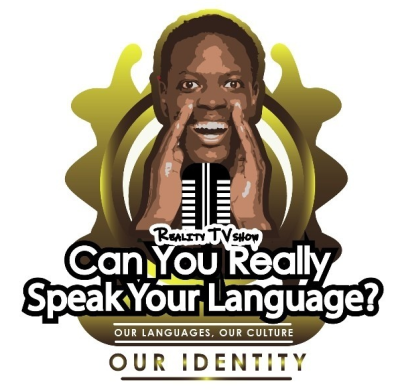 Nigeria is currently faced with a major DILEMA, amongst many others: Our local languages are gradually dying. With it, our rich cultural heritage is disappearing faster than we can say “Jack Robinson.”

The Wikipedia Page on “Languages of Nigeria”, puts it rather mildly: “There are over 521 languages that have been spoken in Nigeria (at least 9 of them are now extinct).” To a casual observer, the above assertion by Wikipedia paints a rather healthy picture of the state of indigenous spoken languages in Nigeria. Right? Well… According to one of the Wikipedia sources, “… Of the living languages, 20 are institutional, 78 are developing, 350 are vigorous, 28 are in trouble, & 44 are dying.”

However, the reality on ground right now is even more DAMNING: there’s no SINGLE Nigerian Language (even the so-called Major Languages are not IMMUNE) presently where the speakers can completely string one complete SENTENCE together without interjecting one or more ENGLISH or (Pidgin English) word(s) here and there!

We believe that there is a STRONG connection between Language and Culture. In our considered opinion, the gradual demise of our languages and culture and the rise in anti-social and selfish behaviours previously unheard off in our clime might not be as unconnected as some people might want us to assume.

This is one of several major motivations for this campaign. 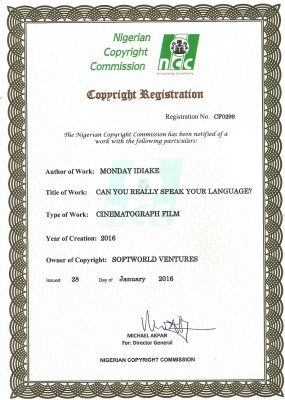 Campaign for the preservation of Nigeria’s Indigenous Languages & Culture

Hello. My name is MD Idiake, a software developer based in Benin City, Nigeria.

I am leading a campaign for the preservation of ALL of Nigeria’s Indigenous Languages and their related cultures. We want to use the campaign to creatively tackle a cultural problem in Nigeria and elsewhere in the world where this issue could be prevalent.

Nigeria has over 500 languages but right now the mortality rate of majority of these languages is now quite high. We are afraid that in the next couple of years over 90% of these languages would have been lost forever (once their last living speakers die out) and with it the associated cultural values, if something pragmatic is not done to resolve this issue now.

We have created a language reality TV show concept which we believe is going to go a long way to re-jig the interest of Nigerians towards speaking their local languages once again. This project is aimed at parents speaking their languages to their children at home. It is going to run for 47-weeks every year for the next ten (10) years at the initial instance and because of the drama, tension & entertaining way the show would be produced (in addition to the interesting prizes we are proposing), we are very confident that our objective would be achieved in record time.

We are looking for financial support to enable us defray the huge expenditure associated with the project and we are quite confident that after the first year, the show should be able to generate enough revenue to take care of itself.

Every year we are going to feature 81-families (all from different languages)  competing against each other from the preliminary rounds (of 3-families per edition spanning 13 editions in each quarter) and only 3-families would eventually make it to the grand finale (after 3 quarters) where we intend to provide the following grand prizes: A fully-built 2 or 3-bedroom bungalow in any part of Nigeria as the star prize, educational scholarship for at least one of the children of the 1st runner-up up to the University and a brand new car for the 2nd runner-up. These grand prizes will be in addition to the interesting consolation prizes that would be handed out to each of the 78 families that essentially fell by the way side and couldn’t make it to the grand finale.

The technical challenge of producing these shows and making them of international quality will also be quite HUGE (a major component of the anticipated expenditure outlay) and of course they are all going to be aired on National TV with the Nigerian Television Authority (NTA) already penciled down to be the lead broadcaster (also a significant aspect of the expenditure).

A major talking point of this show is that this template could be replicated anywhere else in the world where there is serious (and imminent) danger of language (and/or culture) extermination.

This show was recently endorsed for production and airing by the Federal Ministry of Information & Culture, Abuja.

Every financial contributor to this campaign will be officially recognized as a “supporter of the show” in the credit section of every edition we are going to produce throughout the lifetime of the show.

However, if you are unable to make any financial contribution to this campaign for any reason at this time (actually nothing is too small!), it doesn’t mean there’s nothing else you can do. You could actually help us get the word out and make some noise about this campaign amongst your circle of influence (Facebook, whatsApp, Linkedin, Twitter, etc.): we would really appreciate it.

While you are at it, don’t forget to use the naijafunds share tools!

You're viewing: Campaign for the preservation of Nigeria’s Indigenous Languages & Culture
Read More
%d bloggers like this: