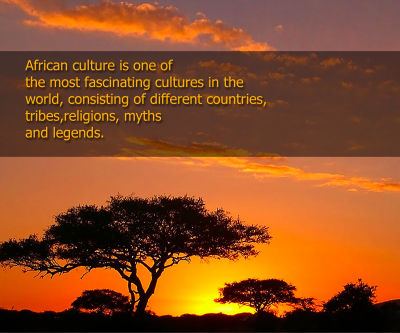 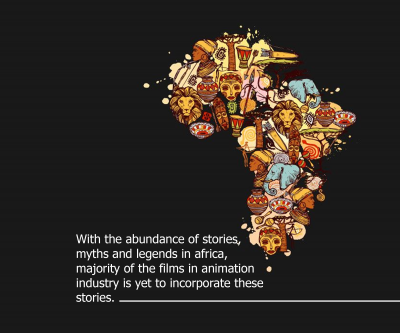 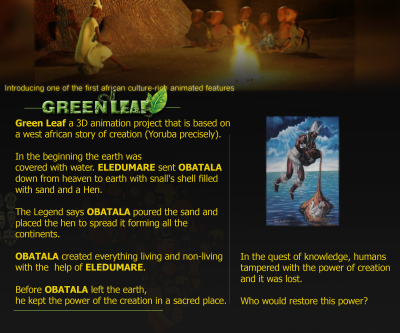 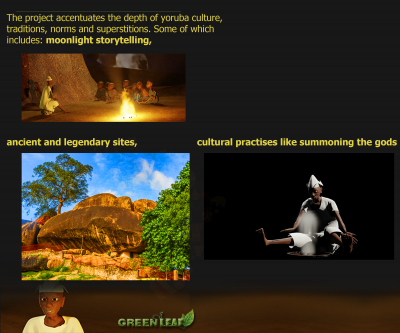 Project is currently in development phase and much effort is being put into character development. 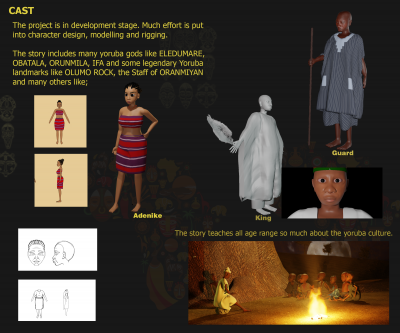 In fact, the company is currently working on a kickstarter project 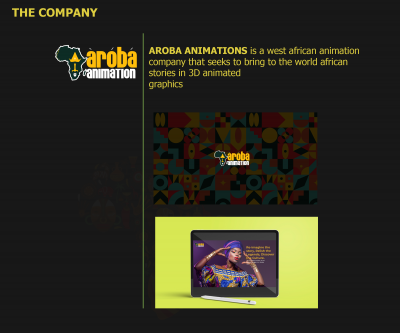 The goal for the project is $38,000. Find the breakdown below 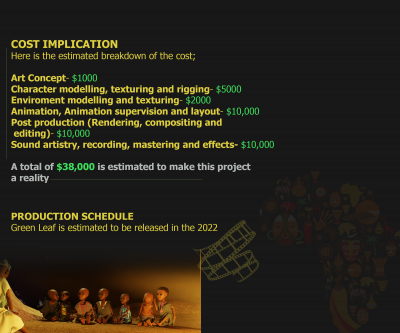 We have exciting rewards for everyone who sponsors this project 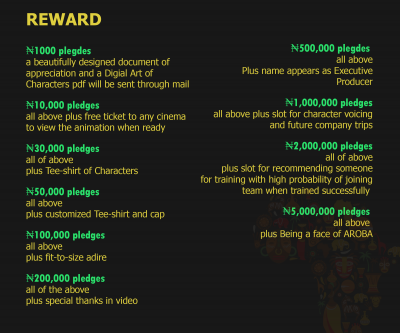 No amount is too small! Help us make this a reality! 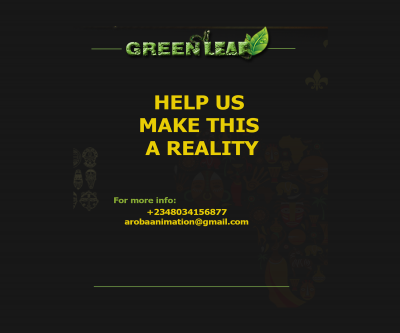 THE STORY
Green Leaf a 3D animation project that is based on a west African story of creation (Yoruba precisely).
in the beginning the earth was covered with water. ELEDUMARE sent OBATALA down from heaven to earth with snail’s shell filled
with sand and a Hen. The Legend said OBATALA poured the sand and placed the hen to spread it forming all the continents.
OBATALA created everything living and non-living with the help of ELEDUMARE.
Before OBATALA left the earth, he kept the power of the creation in a sacred place.
In the quest of knowledge, humans tampered with the power of creation and it was lost. Who would restore this power?

The project accentuates the depth of Yoruba culture, traditions, norms and superstitions. Some of which includes moonlight storytelling,
visit to ancient and legendary sites, deep cultural practices like summoning the gods and much more.

A SHORT FILM TO KICKSTART THE FILM

The short film shows a boy who sneaks out of the palace to join other village kids to listen to moonlight story. He makes a request to listen to
the story of creation which he had always wished to know. He would be denied the entire story because of he is yet young to learn of his fate among the gods.

Search for Campaigns
See All